But is it legal?
Top

Fife wrote: ↑
Tue Sep 10, 2019 12:43 pm
Why would anyone voluntarily place their children in a government school/prison facility, even for a moment?


Riverside County, CA — Michelle Chartrand is a 19-year-old woman with autism who has never harmed a fly, much less committed a crime. However, because police officers opt for training in escalation of violence instead of how to interact with special needs individuals, she fell victim to police brutality and was treated like a murder suspect. As she walked home from school last year, Chartrand was attacked by police, tackled to the ground, and injured—by police who claim they were trying to save her.

They found a lawyer willing to file a suit, which will last until the water gets hot on the motion to dismiss based on qualified immunity. 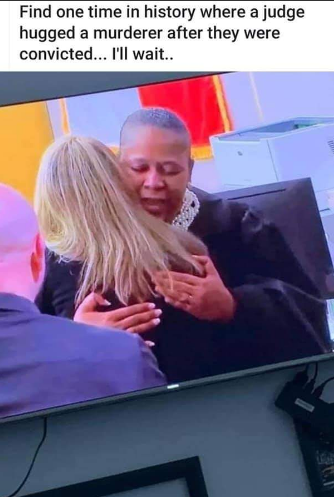 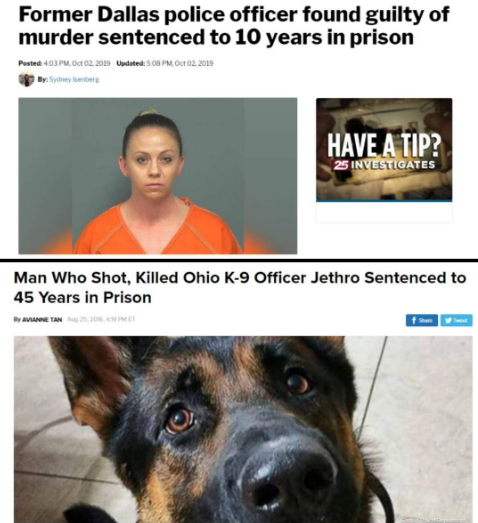 Tells you something about our Justice system

I can't make heads or tails of this case.

How to Be Unpersuasive
Top

She deserves jail time, but it wasn't premeditated, she panicked and shit the bed.

If the next of kin can forgive her, there's no call for me to pile on.

Ten years is reasonable, she wasn't charged with Capital Murder.

I'd rather see most sentences dialed back. White Privilege extended to all.

Throwing the book at everybody is Puritanical meets Prison Industrial Complex, I don't favor that.

I found the whole thing to be refreshingly civilized, America at its Christian best, good on them.

If every trial was so humane, that could heal a lot of wounds.

Bless that judge right there, she's a good Christian.

The Lord awaits her, over the river under the shade of the trees.

Amber Guyger too, Lord have mercy on her.
Nec Aspera Terrent
Top
299 posts