Yeah, he's about 90% lined up with my own views on pretty much everything. Love this show.
SJWs are a natural consequence of corporatism.

Jason had an interview show this week with Shane Hazel, anti-interventionist USMC, running against a long-time GOPe incumbent in GA7.

His campaign is the shape of things to come. 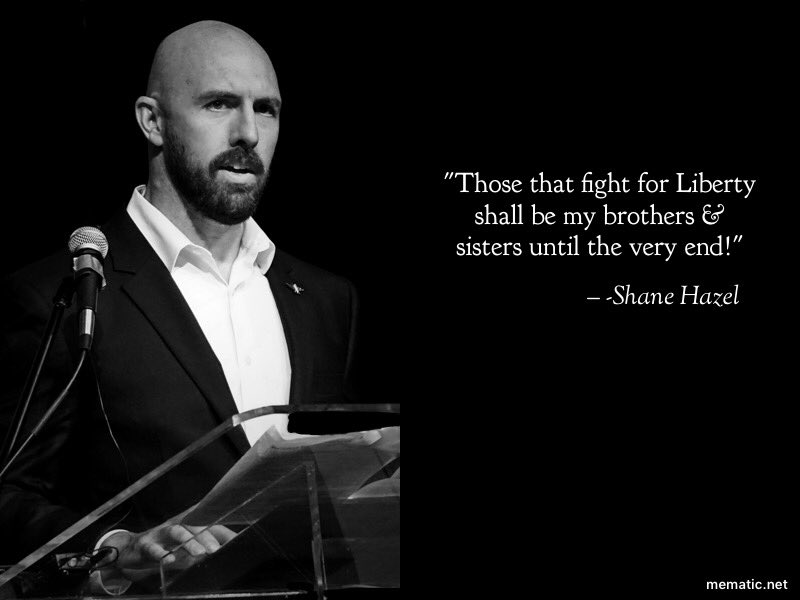 I know there is some BTCUSD fever running around. I don't know about all of you guys; but I work for people who could buy and sell my country ass in a NY minute -- smart, rich people -- who are acting irrationally in the last week, IMNSHO.

Just be careful; nothing is as easy as BTC looks right now, regardless of the long-term viability of crypto-currency. BTC isn't the end-all, be-all of this mutation.

If you are interested, at least listen to a sober person's view. A sober person with IRL experience.

683: Jason Unloads on the Bitcoin Fanatics

I’ve got to talk about bitcoin. Over the last year or so I’ve been warning you that bitcoin was a massive disaster waiting to happen while at the same time promoting the idea of an independent currency that isn’t susceptible to government and central bank monetary meddling.

For my honest and frank discussion of the risks involved and my warnings to novice traders and investors to proceed with caution, I have been excoriated by those who seek to promote the false narrative that the climb in bitcoin is natural and deserved.

“You say you disagree with inflation, quantitative easing, and fractional reserve banking. Yet you consistently mock Bitcoin. Bitcoin a free market currency outside the manipulation of banks and governments. Stop looking through the prism of a Forex trader. Ask why Bitcoin exist.”

First, I don’t mock bitcoin. I mock the mindless hordes who fall victim to the greed and euphoria that has plagued traders and investors for hundreds of years. The fact that this commenter can’t see it or even respect the fact that I am cautious should give you some insight into just how far gone many apologists are.

Second, this listener isn’t even correct. Bitcoin isn’t outside the manipulation of banks and governments. It simply isn’t susceptible to inflationary risks caused by central bank meddling.

Any industrialized country in the world could crush bitcoin tomorrow by taking any number of authoritarian actions. Think it can’t happen? Just wait.

Most likely what they will do is regulate it out of existence. Whatever they decide to do with this new form of exchange one thing is the certain…no government is going to allow for an independent monetary system outside of their control.

Right now bitcoin is safe since it’s not being used as a means of exchange as much as it is a savings mechanism.

That will end when the bottom falls out, and bitcoin has its apocalyptic moment.

I’ll share some of my reasons behind why I think this will happen to bitcoin on the show today but you need to understand the risks you run when investing in cryptocurrencies. It is not a sure thing. Not by a long shot.

It’s doing wonders for the gold market meanwhile. Got some Eagles at a discount today.
SJWs are a natural consequence of corporatism. 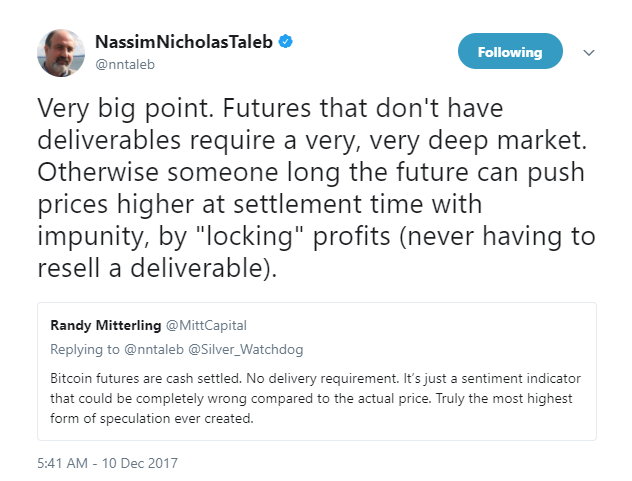 The futures contracts aren’t actually contracts then, they’re just bets that may or may not be honored?
SJWs are a natural consequence of corporatism.

I decided to check this show again this week. Fucking guy has turned into goddam Ned Ryerson with his Hollywood faggot ass.

Ep 840 is about a webinar for "infinite banking" and some crooks shilling whole life insurance.
Another useless drive-by Fife-ing
Top

Ep 840 is about a webinar for "infinite banking" and some crooks shilling whole life insurance.

Yeah, I didn’t listen to more than a few minutes of that one. The latest episode on the $1T deficit is much better.
SJWs are a natural consequence of corporatism.