Gwynne was pacing around the Living room trying to finish up her 30,000 steps a day on her Fitbit.
I came in wearing my bed clothes; skivvies, and a gray t-shirt with three Indians on it.
I said aloud a line from the book I was reading. “He was wearing a t-shirt inscribed with ‘The Original Department Homeland Security,’” and pointed at my similar shirt.
“Don’t you think that’s a remarkable coinkidinky?” I asked, then my eyes widened;
“I said, ‘coinkidinky.’ I’ve never said it before. Mr. Chamnis used to say that to me when he was the same age as I am now!”
Gwynne stopped her pacing and stared at me.
“There’s more,” I continued. “Today I found the brochure for the case of expensive citric soap concentrate I bought from the door-to-door salesman 20 years ago that you’ve never let me forget because we still have so much.”
“What?” Gwynne said, perplexed; she’d stopped walking and was looking at me.

I continued, the speed of my speech increasing; “And I emailed an old acquaintance, and when he replied, he sounded just like he did the last time we talked a decade ago.”
I didn’t stop even though Gwynne was giving me the cut-it-out eyes.
“And I wrote a new joke about Uranus; you know how everyone says ‘urine-ass’ now which is no better than when we used to say ‘your-anus’ as kids.”
I was really picking up steam.
“Plus, this evening we ate Taco Bell; and we always used to eat Taco Bell.”
“You need to get a grip on your gun, cowboy,” Gwynne said in her low warning voice, but I didn’t heed the tone.
“Another one!” I announced. “I wore cowboy boots back then; you know the ones with silver points on the toes.”
Gwynne peered suspiciously at me a moment. “Have you been drinking?”
“No,” I said innocently. “Just this cup of Diet Pepsi you got me.”
“Did you eat anything?” She asked.
“No, I’m on my diet.”
“Nothing at all?”
“Well, I did have a little tiny chocolate I found in the freezer.” I admitted, sheepishly. “I was really craving some candy.”
“Was it in a white bag?” Gwynne asked, inquisitively.
“Uh…, Maybe?”
“Haven bought those for Mirian to try. They’re dope. Mirian didn’t like it, and they couldn’t take it back to Peru anyway so they left them here.”
“That’s quite a coincidence that I would eat the same candy as my daughter-in-law,” I offered lamely.
Apparently, Gwynne was not impressed with the remarkable number of coincidences I’d uncovered because she said,
“I’ll show you a coinkidink if you don’t go back to bed and quit bothering me.” 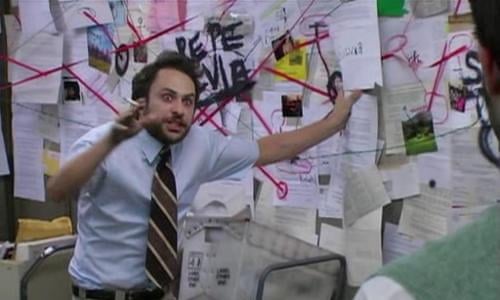