I never click on a Facebook ad, I mean never, even though I run them myself. (Apparently, nobody else does either.) However, last summer an ad prominently appeared in the middle of my screen with a picture of a shed I'd been wanting to buy, and it was only $177! Now I happen to know that shed is almost 2-grand because I'd been looking at one for yard tools. (I'd buy it too if my wife, Gwynne, would let me. She says I'd just fill it up. Duh.) Crazier still, that unbelievably low price included shipping... From Hong Kong! Scam. I snorted and moved on, but the next day the ad appeared again, and the next day, and the day after that. Doesn't Facebook remove obvious scam ads from the feeds? They certainly keep close tabs on what I post, and all I do is quote myself. I didn't immediately scroll down the next time I saw it, noticing a 1000-long comment thread with everyone saying it was a scam, and that anyone who bought one was an idiot. Hmmm, anybody who knows me, knows them're fightin' words: I bought one, and when the invoice came up offering even more too-cheap-to-be-true prices on other things, including free shipping, I bought a circular couch for $129.99 to go on my patio. If you're going to go in, go in big.

Plus, I felt secure in the fact that I could run a chargeback on my credit card when the time was right. I'm an attorney with experience on doing chargebacks, and getting chargebacks from customers; I thought I might write a scholarly legal article about how Social Networks are being used to scamming vulnerable customers or at least get a Martin's Minutes out of it. I even queried them via email about the shipping date and was surprised they answered at all, though the text was so micro that it was illegible; I had to print it in straight ASCII to read what it said. I never thought for an instant I would have any problem getting my money back; this scam was too blatant for anyone to consider being real, especially sophisticated credit card companies.

Turns out these Hong Kong scammers know what they're doing. After going through the dispute process, with a total explanation of how I was an attorney researching a scam, I received an email saying the dispute was “resolved.” I assumed it was in my favor because the message didn't say, but if nothing else, I'm an anal SOB, always balancing every account to the penny every month with every line-item matching a receipt, and I noticed to my disbelieve & horror, that the resolution was against me! I immediately called the dispute agent again. I thought there must be some mistake, and wasn't too concerned; it just added more examples to the article I was going to write. The U.S. has some pretty strict legislation about CC companies protecting their users, but as explained to me by the dispute agent who talked to me on the phone, this was a foreign company, and the rules worked differently. For one, every time I disputed the claim, all they had to do was respond. They had, doing nothing but checking a box on an online form saying the charge was legitimate and the product was in transit shipping. I only had 10 days to return my written dispute form with all of my documentation via the U.S. Mail, and that included the time it took for the form to get to me snailmail; but I had to wait 2 months before the chargeback was made permanent, and in that time the merchant could check the “in transit” box again. This could go on until my 120 protection provided by the credit card company ran out. I was gaining a lot of respect for the level of sophistication these scammers operated at; they were exploiting every single weakness in the system, trying to frustrate me to stop (that's why the price was so low for people to walk away from the effort), or at the very least, wait me out. What do less anal people do?


Notice.jpg
You do not have the required permissions to view the files attached to this post.
Mr. Wysdom
Libertyist
Scimonoce
Nonpartisan
Prof. Education
Top 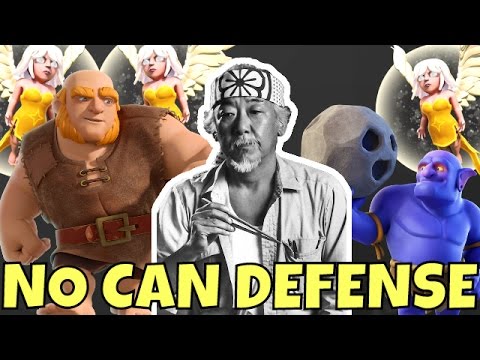 "'You're coming with me, feel it or not / You're gonna fear it like I showed you the spirit of god lives in us" -Eminem
Top


They refuse to give money to what they know for certain is a scam.
For legal reasons, we are not threatening to destroy U.S. government property with our glorious medieval siege engine. But if we wanted to, we could. But we won’t. But we could.